If you are planning on moving your student from his/her current school to another CHSAA-member school, and would like to be considered under the current summer transfer bylaw 1800.5, then all paperwork should be submitted to the receiving school by May 25.

If you are planning to transfer schools, you will need to contact the athletic director, Bruce Crowhurst, to begin the paperwork process.

NOTE: Any transfer paperwork submitted after June 1, 2018 will be acted upon under the new transfer rule.  Bona fide family moves will apply at all times, and hardship waivers will be applicable at all times. 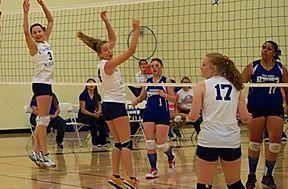 High School Girls Volleyball coached by Dan Salazar and Ben Jordan.
As every blocker knows, there is nothing scarier than blocking a ball and just barely missing the net. In volleyball, it takes courage to run for the ball, and assurity to hit it correctly. Every girl in Caprock Academy that plays volleyball can tell you that even when their bodies would fail them, their mind remained strong. Even though they competed against teams that were veterans of the sport, the Girls Volleyball Team still gave the opposing teams a run for their money, and better yet: earned their respect. As with everything else, Caprock's core values are instilled within its players, and even if the team lost a match, they would still demonstrate those core values. 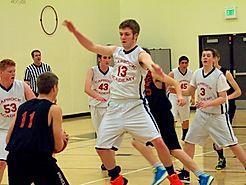